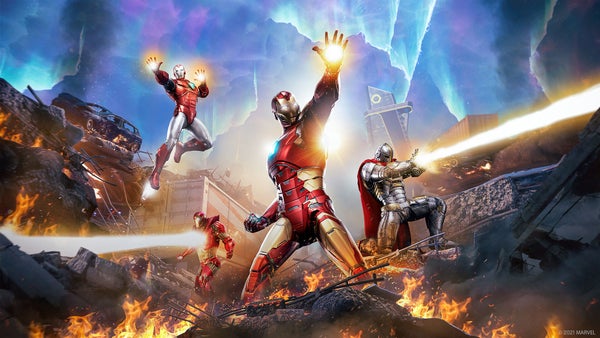 Starting April 22nd and continuing through May 3rd, Marvel’s Avengers will host a Tachyon Anomaly event that will allow you form a strike team with the same heroes — four Hulks, four Ms. Marvels, and four Hawkeyes are all possible combinations. This will also be possible through in-game matchmaking in addition to pre-made groups.

New Tachyon Rift missions will be available for players with a power level from 1-100. Said missions involve a timer that slowly depletes your Willpower and by attacking enemies or collecting Tachyon particles to keep fighting. Typically these missions will require power level 140 and will reward Cosmic-type gear that can be completed only once weekly, but you can take on multiple during the event. Additionally, a new Tachyon Mission “And We’re Back” has also been added.

You can check out a Tachyon Rift mission in our video below: